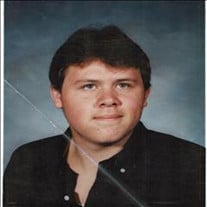 Wayne Allen Davis was born June 22nd, 1969. He is survived by his father, Floyd Davis of Talihina, Oklahoma; mother, Mona Morris and husband Gene Morris of Talihina, Oklahoma; sister, Misty Morris of Talihina, Oklahoma; brothers, Lyndel Morris of Muskogee, Oklahoma, and Brian and Timothy Davis; sons, Johnathan Riley Davis, Chase Allen Davis, and Derek Austin Patillo of Poteau, Oklahoma; one granddaughter, Lilah Ryli Davis; and two grandsons, Jaxton Riley Davis and Daxton Patillo. Wayne Passed away from this life on November 24th, 2021. Wayne is preceded in death by his late wife, Paula Davis; grandparents, Buck and Ruth Montgomery, Benny and Imogene Owens; aunt Olivia Raby Davis and uncle, Dwight Davis. He has many aunts, uncles, cousins, nieces, nephews in the area and was loved by many. Family and friends were very important to Wayne. His Native American Heritage and being a a member of Choctaw Nation was something Wayne took great pride in. Wayne had a passion for the outdoors and wildlife of all kinds. Wayne graduated from Capital Hill High School in Oklahoma City, Oklahoma in 1987. He went on to build a successful landscaping business for over twenty years and later worked for Choctaw Nation as a maintenance supervisor in Poteau, Oklahoma. In his recent years, Wayne moved to Talihina where he had always wanted to settle down, close to his parents and family. Father, grandfather, brother, son; Wayne has left a hole in our hearts but his love will be with us forever. A Celebration of Life Service will be on Saturday, December 4th, 2021 at 10:00AM at GraceWayne Indian Baptist Church in Talihina, Oklahoma with Bro. Raymond Johnson officiating. Services have been entrusted to McCarn Funeral Service of Talihina, Oklahoma.

The family of Wayne Allen Davis created this Life Tributes page to make it easy to share your memories.

Send flowers to the Davis family.