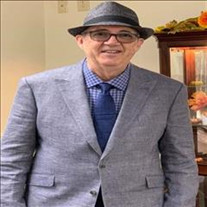 Dr. Ramon Lafayette Lake Jr. was born on January 24th, 1954 to Mary Ellen (Cornelius) and Ramon Lafayette Lake Sr. in Riverside, California. He was named after his father, a pastor, a missionary dentist and a businessman. He was the middle child of the family's five children. Ramon has two older brothers, Lawrence and Leonard Lake and two younger twin sisters, Joyce Lake Wasson and Janet Lake Stark. Our parents pastored three churches in California having a son at each one. Then they went to the mission field in Mexico and had twin daughters. Ray grew to be a tall young man at 6 feet 2 inches being on his high school basketball team and playing the bassoon in the school band. Ray went to Oral Roberts University in Tulsa, OK, graduating in 1976. He then went on to Baylor College of Dentistry in Dallas, TX, where he got his degree and license to practice dentistry. Ray took his medical exam boards in both Texas and Oklahoma. When he passed them in Oklahoma, he felt God wanted him to go there. Dr. Ray served the community of Talihina and the Choctaw Indians of southwest OK. for nearly 30 years. He cared for patients with some twenty- two thousand dental appointments during his long career. He also volunteered with Doctors Without Borders in Central and South America relieving the pain and suffering of many needy individuals who did not have proper dental care. Ray was very active in the community as he served on numerous local boards in his spare time. He was a son, a brother, a husband, a father, a son-in-law, an uncle, and a friend to all of us. He never met a stranger. He loved life, loved to laugh, tell jokes, and tease. He loved to make huge rubber band balls for fun. Ray collected coins, baseball cards, and Star Trek books. Ray enjoyed American History and quotes from various Presidents, as well as collecting poems. Ray's love of sports, especially the Dallas Cowboys inspired him to name his only son, Landry Sean Lake, after their coach. Landry was Ray's pride and joy. In 2020, Ray's highlight of the year, was being able to attend his son and daughter-in-law's wedding in August. Landry and Trista Nelson Lake reside in Fayetteville, Arkansas. Ray was a Christian and knew Jesus as his Lord and Savior. We will miss you Ray, but your legacy will live on in each one of us, as we each seek to glorify God in our thoughts, words, and deeds. Only one life soon will be passed, only what's done for Christ will last. Visitation will be on Monday, September 6th, 2021 from 3:00PM to 6:00PM at McCarn Funeral Service in Talihina, Oklahoma. Graveside services will be on Tuesday, September 7th, 2021 at 10:00 AM at Laura McGee Cemetery in Buffalo Valley, Oklahoma with Bro. Carrol Fitzgerald officiating. Services are under the direction of McCarn Funeral Service of Talihina, Oklahoma.

Dr. Ramon Lafayette Lake Jr. was born on January 24th, 1954 to Mary Ellen (Cornelius) and Ramon Lafayette Lake Sr. in Riverside, California. He was named after his father, a pastor, a missionary dentist and a businessman. He was the middle... View Obituary & Service Information

The family of Ramon Lafayette Lake, Jr. created this Life Tributes page to make it easy to share your memories.

Send flowers to the Lake family.