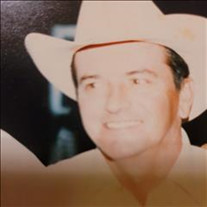 Michael Carl Taylor age 79 of Talihina, Ok: left this world on Friday, January 8th 2021. Michael, known better as Mike or Papa ( to kids and grandkids) was born on March 3rd 1942 in Poteau, Ok to Dorothy Cook and Lloyd Taylor. Mike had many titles in his life, from army to boxer and fisherman and cowboy. His favorites being Dad and Papa. Mike worked several years hauling charcoal wood, as well as working with the Highway department on skyline drive until its completion. Mike served in the Army for a brief period. Mike was also a line-a type operator with the Talihina American until it went offset. Then he worked as a window clerk in the Talihina Post Office, where he went on to Muse to work as Post Master for 13 years until retirement. Mike loved his cattle and ranched cattle for several years even when unable to care for them, watching them meant so much to him. His favorite pastime was visiting with children and grandchildren, his greatest accomplishment. Mike loved to hunt and fish and garden as well. Mike is survived by his son Jeff Taylor and wife Destiny Taylor of the home; daughter, Michell Harrell of Edmond, Ok : brother, Lloyd James and wife Cathy Taylor of Yukon, Ok. Grandchildren: Chasity and Chance Warren of Wilburton, Ok; Caleigh Taylor of Junction City, Ks; Michael Taylor Of the home; Cody Armstrong of Tulsa, Ok; Courtney Waldrop and Caleb Henry of Texarkana, Ar. Great grand children; Creedlyn and Stokley, Anzlee, Ma'kayven, Cora; as well as nieces and nephews and lifelong friends who had a very special place in his heart. Mike is preceded in death by his father : Lloyd Taylor; mother: Dorothy Cook, brother Billy (Butch) Taylor, and great granddaughters; Oakleigh and Everleigh Cremation Services are being provided by McCarn Funeral Service of Talihina, Oklahoma.

Michael Carl Taylor age 79 of Talihina, Ok: left this world on Friday, January 8th 2021. Michael, known better as Mike or Papa ( to kids and grandkids) was born on March 3rd 1942 in Poteau, Ok to Dorothy Cook and Lloyd Taylor. Mike had many... View Obituary & Service Information

The family of Michael Carl Taylor created this Life Tributes page to make it easy to share your memories.

Send flowers to the Taylor family.