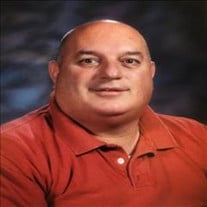 Larry Gray of Park City, Kansas was born on February 15, 1952 in Napa Valley, California to Clara LaVerne and Walter Calvin Gray. He passed away May 27, 2020 in Wichita, Kansas. Larry graduated from Napa Valley High School in 1970. He then went on to study at On the Bluff Portland University. Larry was married to his wife, Lenton Sue Gray, November 26, 1979 in Enid, Oklahoma. He and his wife moved to Park City, Kansas in 1982. Larry was a member of the United States Air Force from 1975-1987. Larry proudly wore the rank of Captain and loved serving his country. He served as a Municipal Judge for 25 years in Kansas. Larry had a fierce love for people, performing countless marriage ceremonies and never charging for his services. Larry served as elected Mayor of Park City for 2 terms. Larry loved the Boy Scouts. His love for Scouts started at the age of 7 and continued through his life. He volunteered as a Scout leader and served on the Board of Advancement for Eagle Scouts, hand carving over 5200 belt buckles for advanced Eagle Scouts. Larry was proceeded in death by his parents, Clara LaVerne Bruce and Walter Calvin Gray, his sister, Connie Gray and nephew, Jason Smith. Larry is survived by his wife, Lenton Sue Gray; his children, Brett (Tricia) Gray of Gallatin, Tennessee, Kasey (Kirstin) Gray of Wichita, Kansas, Walter Gray of Fort Bragg, North Carolina and his nephew, Paul Smith; grandchildren- Courtney (Ian) Benson, Breann Gray, Kaylee Gray, Megan Gray, Alexander Franco, and Jackson Gray. As well as so many friends and family who loved him. In Lieu of flowers the family asks that you make a donation to the Tunnel of Towers Foundation at tunnel2towers.org in Larry's name. Graveside services will be on Saturday, May 30th, 2020 at 10:00 AM at Cupco Cemetery in Yanush, Oklahoma. Services are under the direction of McCarn Funeral Services of Talihina, Oklahoma.

Larry Gray of Park City, Kansas was born on February 15, 1952 in Napa Valley, California to Clara LaVerne and Walter Calvin Gray. He passed away May 27, 2020 in Wichita, Kansas. Larry graduated from Napa Valley High School in 1970. He then... View Obituary & Service Information

The family of Larry Gray created this Life Tributes page to make it easy to share your memories.

Send flowers to the Gray family.