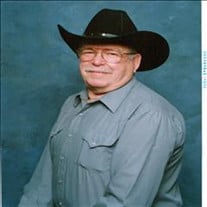 Kenneth Wayne Hall, age 80 of Whitesboro, Oklahoma passed away on June 16th, 2021 at his home with his family by his side. Kenneth was born on November 29th, 1940 in White Wright, Texas to Georgia Elizabeth (Hughes) and Homer Earl Hall. Kenneth married the love of his life, Alene (Ballard) on August 6th, 1960 in Del City, Oklahoma and they began their life journey together. Kenneth loved children, and held many occupations through the years including District Manager at the Oklahoma Journal newspaper. Kenneth's passion was coaching kids, and they had a love for him. He coached many different sports throughout the years, but his favorite was basketball. Kenneth remodeled, opened and operated 4 gyms in Oklahoma city with the Youth in Action, teaching young kids about athletics. Kenneth treasured his family and they were his number one priority, next to God. He was a avid OU fan and seldom missed a game. During his early retirement years, he enjoyed traveling with his wife and sister & brother-in-law Marie and Richard Kelley. Most recently, he loved watching westerns and being a back porch sitter, he loved sitting on the porch and just watching the wildlife. Kenneth will be deeply missed by all who knew him. Kenneth is survived by his wife, Alene of the home; sister-in-law, Peggy Hall of Shawnee; son, Kevin Hall and wife Melisa; daughter, Debra Moore and husband Don; seven grandchildren, Gary Hall and wife Heather, Jennifer Gilbreath and husband Jeremy, Amanda Smith and James Gramlich, Stephanie Gramlich and husband Les, Keith Hall, Kyle Hall, and Dustin Hall; twelve great grandchildren, as well as numerous nieces, nephews, cousins and a host of friends. Kenneth is preceded in passing by his parents, Homer and Georgia Elizabeth Hall, two brothers, Richard and Tom, and one granddaughter, Jennifer Hinkle. Visitation will be on Monday, June 21st, 2021 from 4:00 PM to 7:00 PM at McCarn Funeral Home in Talihina, Oklahoma. Services will be on Tuesday, June 22nd, 2021 at 2:00 PM at Whitesboro Baptist Church in Whitesboro, Oklahoma with Bro. TJ Martin officiating. Interment will follow at Muse Cemetery in Muse, Oklahoma. Services have been entrusted to McCarn Funeral Service of Talihina, Oklahoma.

Kenneth Wayne Hall, age 80 of Whitesboro, Oklahoma passed away on June 16th, 2021 at his home with his family by his side. Kenneth was born on November 29th, 1940 in White Wright, Texas to Georgia Elizabeth (Hughes) and Homer Earl Hall. Kenneth... View Obituary & Service Information

The family of Kenneth Wayne Hall created this Life Tributes page to make it easy to share your memories.

Send flowers to the Hall family.