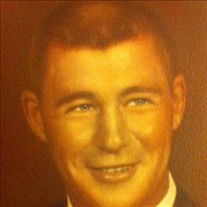 Junior Edward Denton was born and raised in the Tator Hills of Tuskahoma, Oklahoma on August 8, 1938 to Reverend Eddie and Mattie Denton. He was an entrepreneur with various successful businesses, such as, a gas station owner, farmer, milkman and trashman to name a few. He was an example of genuine kindness with a ginormous heart. He would laugh at everything especially if there was minor pain endured by someone else. He loved hearing stories of being spooked. Many may remember his love to watch Andy Griffith and Thunder basketball. He was a friend to all. Our precious daddy had many nicknames which started as a child. We think "Tom" was the probably the first nickname, #1 was one of his favorites because he loved to be treated like royalty. He would answer to any name, but his daughters playfully and lovingly called him Fred. He was a special light in this world. He was the only boy with eight sisters. He had lots of stories of being treated like the girls getting a perm in his hair, to wearing their hand-me-downs. Growing up, his family would travel to western Oklahoma work in the cotton fields. Everyone chopped cotton but usually his job was primarily to take the bags and weigh them. He was a spoiled rascal at an early age. His best advice is to "Love God". He was a devote member of the First Baptist Church of Clayton. When asked, what was his favorite bible verse, he said, he didn't have a favorite because all bible verses are equally important. He was such a wise man and is dearly missed. Junior was called home to be with our Heavenly Father on August 15, 2021 with his daughters at his side holding his hands. He is preceded in death by his parents Reverend Eddie and Mattie Denton, wife Barbara Sue (Coday) Denton and sisters, Ora Spear, Mildred Irene Henderson, Iva Lois Tabor, Gertrude Dill, Anna Mae Hamilton, Kathryne Andrews, Jackie Clemons and Cora Denton. He is survived by his wife Sally Denton of the home and daughters, Barbara McCaughan (Mark) of Palmer, TX, Kelley Davis (James) of The Colony, TX, Regina Denton of Clayton, OK, and Paula Hurst (Danny) of Oklahoma City, OK. Portia Wickware (Chris) of Arpelar, OK and Cheryl Burleson (Rocky) of Clayton, OK.; Grandchildren: Cody Denton, Adrienne McCaughan, Sean McCaughan, Deidre Jones (Tyne), Danielle Cardone (Tony), Jefferey Carroll (Alaina), Jacob Carroll (Ashley), Brittany Carroll, Dakota Sherrill, April Roberts (Jason), Talena Womack, Keaton Womack, Tramera Fletcher (Dennis), Talisha Blankenship (DJ) and Trey Strange (Courtney), Nate Wickware ; Great grandchildren: Jayda, Mirayah, Jace, Lucas, Adele, Hendrix, Henley, Brandon, Richard, Lucas, Alyssa, Paris, Gabrielle, Chloe, Verity, Leighton, Alexa, Kaden, Racey, Meredith, Ashton, Madeleine, Midland, Graylen, Whitt, Draighton, and Laney; Many nieces and nephews that he loved very much. Pallbearers will be Cody Denton, Jefferey Carroll, Sean McCaughan, Jacob Carroll, Dakota Sherrill, and Kaden Womack Visitation will be on Thursday, August 19th, 2021 from 5:00 PM to 8:00 PM at McCarn Funeral Chapel in Clayton, Oklahoma. Services will be on Friday, August 20th, 2021 at 10:00 AM at Cupco Church in Yanush, Oklahoma with Chaplain Kerry Kirkhart officiating. Services have been entrusted to McCarn Funeral Service.

Junior Edward Denton was born and raised in the Tator Hills of Tuskahoma, Oklahoma on August 8, 1938 to Reverend Eddie and Mattie Denton. He was an entrepreneur with various successful businesses, such as, a gas station owner, farmer, milkman... View Obituary & Service Information

The family of Junior E. Denton created this Life Tributes page to make it easy to share your memories.

Junior Edward Denton was born and raised in the Tator Hills of...

Send flowers to the Denton family.