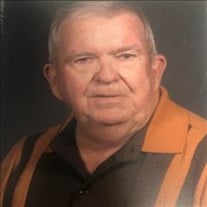 Not sure what to send?

Eddie Albert Owens was born in his Grandparents home on Flagpole Road by the waterfall, in Clayton, Oklahoma, April 8, 1940, to Albert Jesse "Cotton" Owens and Melba Doris Dennis Owens. Eddie and his mother lived in Clayton, OK until the end of WWII when his father was discharged from the Army. His father, an experienced sawyer, relocated the family to a sawmill camp near Reserve, New Mexico, moving from there to several other sawmill camps, until settling in McNary, Arizona, graduating from high school in McNary, where his family stayed until his fathers death in 1959. While still alive, Eddie's father introduced him to airplanes and began his lifelong love of flying airplanes. Eddie was a veteran of the USAF from 1957 � 1966 in active and reserve status. While stationed in Florida, in his spare time, he participated in motorcycle racing with his Triumph, and worked as crew on a shrimp boat. At various times, he worked at as a warehouseman at a sawmill supply in McNary, AZ, and as a plumber in Prescott, AZ. Eddie moved to Las Vegas, Nevada to work at the Nevada Test Site (NTS) in 1962. He worked for various government contractors beginning as a clerk and retiring as an Administrator with 150 employees. He worked at NTS for 35 years. In between contracts, he worked as a corporate pilot for a pipeline company in Michigan. As a private pilot he owned BC12 Taylorcraft, and was rebuilding an L-2 he had to sell when he was transferred to a job in Mississippi. He also had to sell his Starduster II biplane he was building when he was again transferred to a job in New Mexico, both times when he was working for government contractors. Eddie and Harold Bowen, his flight instructor (who trained the pilots at Ryan Field, that flew in WWII) started EAA Chapter 163 of Las Vegas, Nevada. After moving back to Clayton in 2003 to assist his mother, Phil Boatner asked him to write an article for the Clayton Today, Phil left to work on another project, which led to Eddie working as the local reporter for the paper for several years. Eddie loved the outdoors, fishing, hunting, camping, (he bought a truck, got a shell and turned the back of the truck into a two level bed, the top for us, the bottom for the Doberman), traveling, flying airplanes, riding motorcycles, and tools to work on his "projects" around the house and yard, fixing, building and inventing. He'd sketch a plan out and then build it. Woodworking to welding, he was always working on or thinking about his next project. He spent more time working on his AJS motorcycle than riding it. Later on, he finally got a Harley. He loved bowling and was on several bowling leagues that went to tournaments all over the state in Nevada. He was a �Black Powder' enthusiast, belonging to the �Elk Clan' in Las Vegas. He made his own �leathers', powder horns, �possible bags', and a chest to put all the black powder supplies in to take to a "shoot" or rendezvous. He built several black powder guns. Eddie loved to build or make whatever he needed for whatever interests he pursued, including a brief time building rockets to take out and shoot off to see how high and far they would go. He made bows and arrows, hand tooled leather, and was into cameras and photography. He loved to read and write, and wrote several stories and articles that were published in aviation and outdoor magazines. Eddie loved and appreciated his family, and loved to tell stories about his family in Oklahoma, how great they were and how he enjoyed his time with them. He was fun-loving, had a great (sometimes unique) sense of humor. He was creative, talented, witty, wise, likeable, and a really special person. He was preceded in death by his father, Albert Jesse "Cotton" Owens, mother Melba Doris Dennis Owens Patrick, stepfather Frank Patrick, sisters June Fry and Jeanne Prock, and many beloved Aunts, Uncles and family. He is survived by his wife, Karen Owens, sister Patricia Chamberlain, her husband Richard Chamberlain III, stepbrother Frank "Buck" Patrick Jr., Nieces Colleen Pitre, Angela Gormley, Sandra Darling, Nephew Rick Chamberlain and their children, Aunt Mary, his cousins and their families. Eddie was supposed to write this, as usual he put it off, told me a few details and said, "you'll do fine"�.. as usual, I didn't't like it, didn't't want to, wasn't't going to, but here it is, I hope he approves. Eddie believed that �to be absent from the flesh is to be present with the Lord', although he would have liked to stay a little longer, his heart was at peace with the knowledge of his return to his Heavenly Father. He requested cremation and chose not to have a funeral. An informal Celebration of Life/Memorial will be held Thursday, May 19, 2022 from 2 to 5 pm at the Rodeo Concession building. A basic meal will be provided, if anyone would like to bring a dish or dessert it would be appreciated. Cremation services provided by McCarn Funeral Service of Talihina, Oklahoma.

Eddie Albert Owens was born in his Grandparents home on Flagpole Road by the waterfall, in Clayton, Oklahoma, April 8, 1940, to Albert Jesse "Cotton" Owens and Melba Doris Dennis Owens. Eddie and his mother lived in Clayton, OK until the end... View Obituary & Service Information

The family of Eddie Albert Owens created this Life Tributes page to make it easy to share your memories.

Eddie Albert Owens was born in his Grandparents home on Flagpole...