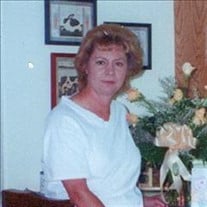 Deborah Kay Bailey, age 64, left this world for a better place on Sunday, October 11, 2020 at the University of Utah Medical Center in Salt Lake City, UT. Debbie was born in Talihina, Ok on July 30, 1956. She was the first child of Felbert James and Thelma James Brock. While growing up, Debbie enjoyed spending time with her grandparents, Otha and Trellie James and Bill and Dixie Wilmoth. She graduated from Wilburton High School in 1974 and was an All-State basketball player her senior year. Debbie started college at Eastern Oklahoma State College and completed her Bachelor's degree at Southeastern Oklahoma State University before completing her Master's degree in Speech and Communication at Texas A & M University Commerce. While in Commerce, she met the love of her life and eventually married Steve Bailey on May 30, 1981. They made their home in Durant, Oklahoma where Debbie taught high school and touched the lives of many students. Stevi Lauren Bailey, Debbie's and Steve's only child joined them on August 7, 1986. Their family moved to Elko, NV in the early 1990's and built a loving Christian home that was always open to family and friends. Since 2017, Debbie was engaged in a valiant fight against Multiple Myeloma but continued to make the most of her time here on earth and continued to be worried about everyone else more than herself. The last week before she was hospitalized, Debbie, Steve and lifelong friends visited Yellowstone National Park, which was one of her favorite places. Debbie is survived by her husband, Steve Bailey and daughter, Stevi Bailey of the home, her father Felbert and Peggy James, mother-in-law, Rita Bailey. Two sisters, Jacqueline and Tony Wilmoth, Phyllis and Eric Takala, and three brothers, Jeff and Jeannie Brock, Craig Brock, and Torrey Brock, and numerous aunts, uncles, cousins, nieces, nephews, in-laws and close friends. Debbie is preceded in death by her mother, Thelma Brock and father-in-law, Ray Bailey. Visitation will be on Monday, October 19th, 2020 at McCarn Funeral Service in Talihina, Oklahoma from 5:00 PM to 7:00 PM Graveside services will be on Tuesday, October 20th, 2020 at 2:00 PM at Lutie Cemetery in Wilburton, Oklahoma. Services have been entrusted to McCarn Funeral Service of Talihina, Oklahoma.

Deborah Kay Bailey, age 64, left this world for a better place on Sunday, October 11, 2020 at the University of Utah Medical Center in Salt Lake City, UT. Debbie was born in Talihina, Ok on July 30, 1956. She was the first child of Felbert... View Obituary & Service Information

The family of Deborah Kay Bailey created this Life Tributes page to make it easy to share your memories.

Send flowers to the Bailey family.