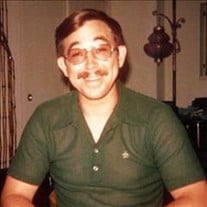 Dale Wayne Paxton, 73 passed away December 22, 2020. Dale Wayne Paxton, a Choctaw tribal member was born with his twin sister Gayle Carolyn MacKay on April 11, 1947 at the Choctaw Nation Indian Hospital in Talihina, Oklahoma. He was preceded in death by his twin sister Gayle Carolyn MacKay, his parents Dr. Swinney Gabe Paxton Jr. and his mother Ada Gaynell Paxton. He is survived by his sisters Nancy Long, Dee Paxton and his brother Ron and his wife Valeria Paxton. Dale is also survived by nephews Ryan MacKay, Adam Paxton, Jessee Paxton, Scott and his wife Jill Paxton and their five children Luke, Leah, Ella, Megan, and Scarlett, nephew Tanner Long and son Shayden and Niece Chelsea and her husband Aodhan McClees and their two children Rainy and Fionn. Dale's Father, Dr. S. Gabe Paxton Jr worked for the Bureau of Indian Affairs and his dedication to Indian education allowed him the opportunity to live and teach on many different Indian reservation schools. Dale was born at the Choctaw Nation Indian Hospital in Talihina, Oklahoma. His early years he lived on the Mojave reservation at Parker, AZ at the Hopi reservation in Hotevilla AZ, and the Pima reservation in Sacaton AZ. Dale eventually moved to Riverside, California where his father was guidance counselor at Sherman Institute, an Indian boarding school. While in Riverside, Dale and his Sister Gayle attended Chemawa Jr. High School and Ramona Senior High School. After graduating from Ramona High School, Dale enlisted in the United States Army and is a decorated wounded war veteran. He spent two years in Germany before being sent to Viet Nam for two tours of duty. He received the Purple Heart for injuries from an explosion. After the Army, Dale graduated from Haskell Indian Nation University in Lawrence Kansas with an (AA) degree. He later re-enlisted into the United States Navy and was stationed at Norfolk, VA on board the USS Nimitz aircraft carrier working on the flight deck launching aircraft. He later transferred to Jacksonville, FL as an air controller. He finished his career with the Navy as one of the top Navy recruiters in Lawrence, KS. After leaving the Navy, Dale worked for the VA in Muskogee, OK regional office as a loan officer helping other military veterans. Cremation services provided by McCarn Funeral Service.

The family of Dale W. Paxton created this Life Tributes page to make it easy to share your memories.

Send flowers to the Paxton family.