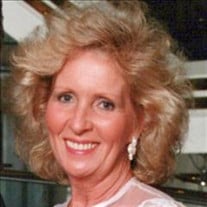 Beverly A. Balzanna "Grandma / Nana" went to join Jesus and her husband, surrounded by family on January 20th, 2020 in Talihina, Oklahoma at the age of 79. Beverly A. Balzanna was born on December 22nd, 1940 in Baltimore, Maryland to Howard... View Obituary & Service Information

The family of Beverly Ann Balzanna created this Life Tributes page to make it easy to share your memories.

Send flowers to the Balzanna family.